A family member unexpectedly fell sick this week and I had to take care of them. As a result there was little time for Blip.

The last time around I set out with quite some plans for this week. They all fell through. I got little done and as such this post will be a short one as well since I am still a bit low on time.

What I did do this week was improve how the “feeling hearts” are being drawn so I can also show it in the summary view. Once I had them visible in the list I thought: It’d be great if I could toggle them on/off right then and there. This led me to uncovering an issue with my table-reloading code which consumed the rest of the week. I tried out some caching to speed up the table, but that came with its own problems. In the end I went back to loading the whole result set at once.

This works great for day/week/month ranges, but is rather slow for a year-long list of entries. I am sticking with it for now though. I need more time to think through a way to make this super snappy in all cases. And I will definitely not do that before releasing an MVP. It is getting high time I release one.

With this week being the way it was it will take at least one week more now than I wanted to. I am very happy though, that despite everything, I still achieved some progress. It was a rough week and previously such events would stop me in my tracks. But no more!

So for next week I have the same planned as last week!

And as is usual here is a screenshot of how the summary view looks now: 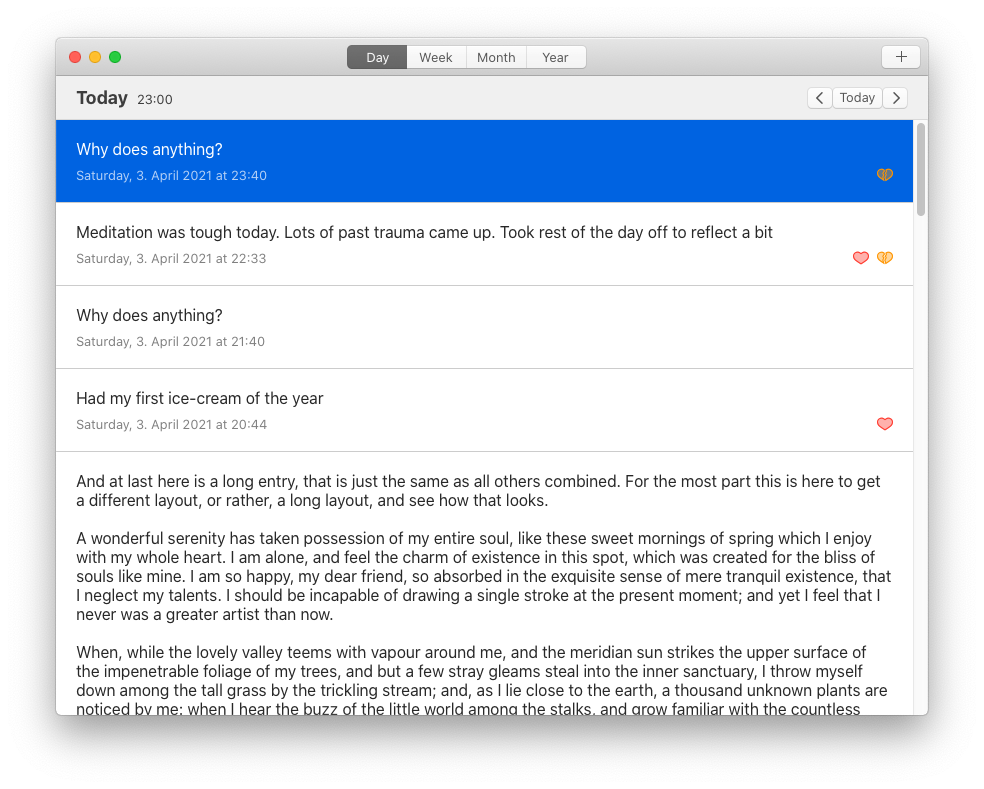